One in four children in our community face hunger every day. Through the Friend-to-Friend Campaign, we are working to change that.

The Story Behind the Campaign

In 2012, Mary Ralph Lowe and Elizabeth Ray made a concentrated effort to tell their friends about the intolerable problem of childhood hunger in their community. They believed that if their friends and neighbors were made aware of the magnitude of the problem they would respond generously—and they were right.

The campaign involved no event and no committee meetings. Each committee member asked 10 friends to give the names of 10 of their friends. Each person dropped in at a come-and-go event to sign a group letter. Elizabeth and Mary Ralph recruited 10 friends who they thought were influential and committed to bettering the community for all.

“While Fort Worth thrives, we have a staggering amount of very hungry children! Texas has the 2nd highest number of hungry children among all fifty states. In Tarrant County, one in every four children in our community is under or malnourished or chronically hungry, going to bed or to school with growling tummies. Tarrant Area Food Bank provides nearly 12 million meals a year to children at risk of going hungry; however, they are still 18 million meals short of meeting the needs of our children. Surely, WE can do better! We need your help and I beg you to help us WIN THIS BATTLE against malnutrition and hunger, which brings sickness, suffering and grief in our community.”

Their 10 friends wrote personal notes and signed the letters to the people they knew. The response rate of 36 percent was stunning and totaled $162,335. Over the past five years, the group has raised over $1 million. With that money, TAFB has been able to distribute 5 million meals for children.

Many thanks for the continuous support of our founders, campaign chairs and to all the friends of friends involved in this effort. It’s a huge responsibility. Thousands of children are counting on them and it is on their behalf we offer our sincerest gratitude. 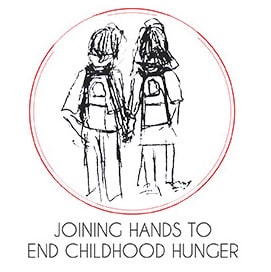